Kindergarteners Spend a Day at The Kennedy Center

The Kindergarteners took a musical voyage to outer space at the Kennedy Center this past week when they went to see “The Night Train 57.”  This was a Kennedy Center World Premiere by Grammy winner Dan Zanes and multi-instrumentalist Claudia Eliaza. The show was an exciting and interactive folk opera which gave our front row Seaton Stingers a chance to sing, laugh and dance on stage at the Kennedy Center’s Family Theater.  While there, they enjoyed a bag lunch and a guided tour of the entire Kennedy Center.  Just a student’s typical day at Seaton!​ 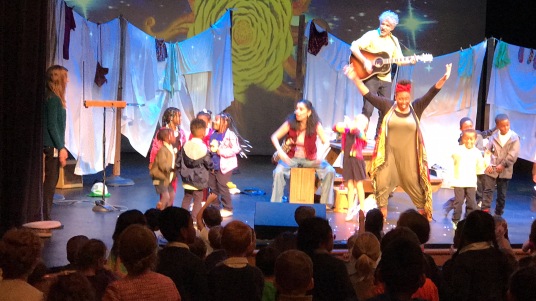 View all posts by suziejacobs